Studies in hope, resilience and achievement: how communities are benefiting from mining in Burkina Faso, Cameroon and Zimbabwe

Studies in hope, resilience and achievement: how communities are benefiting from mining in Burkina Faso, Cameroon and Zimbabwe

Our 1000 Publish What You Pay (PWYP) member organisations around the world have a common vision: that their countries’ populations share the benefits of the wealth generated by their natural resources, and that the way to do this is by giving people a say in how these resources are managed.

Many of our members face similar obstacles to achieve this: governments who tend to favour opacity over transparency, who are often unaccountable and unresponsive to peoples’ needs. Increasingly, many PWYP members also find themselves operating in environments where civic space is shrinking, and the threats against them are increasing.  But despite their shared goals and experiences, the social, political and economic contexts in which our members work, often differ.

Both the parallels and differences in their working environments are evident in the following case studies, which chart the progress of PWYP members’ advocacy campaigns for revenue transparency and benefit sharing in mining, in Burkina Faso, Cameroon and Zimbabwe.

Each study systematically details the steps that our members in those countries have taken to realise their aims, and are documents of self-reflection and evaluation, as well hope and achievement.

Among the most celebrated benefit sharing campaigns in the global PWYP movement is the “1% Revenue from Gold” campaign in Burkina Faso, launched in September 2014. 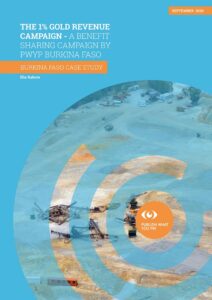 The resolve of the PWYP national coalition there in pushing for mining companies to pass 1% of their turnover to local communities for development, was instrumental in the creation of the Mining Fund for Local Development (FMDL).

Mining companies were initially resistant, expressing their opposition to the country’s President as well as in a memorandum, but the coalition’s advocacy work, including organising conferences and media work, resulted in the creation of the FMDL, under a new mining code in 2015.

As a result, local communities are now receiving their first contributions from mining companies. Out of 15 mining projects, 13 have paid sums ‘as a show of good faith’, pending the implementation of the recommendations of the ad hoc working committee, which was created to facilitate how the FMDL operates.

The commitment of Burkina Faso’s civil society, and the PWYP coalition in the country, has borne fruit, resulting in tangible improvements to local communities’ lives. As the study details, their success, in part, has been the result of being agile enough to adapt their strategies to changing, sometimes adverse, conditions.

With the dynamic evolution of Burkina Faso’s mining sector – as evidenced through the dramatic increase in the number of mining permits granted, from 10 in 1993 to 632 in 2016  – the impact on local development and the lives of communities should be profound, as more revenues flow from this increase in mining activity. 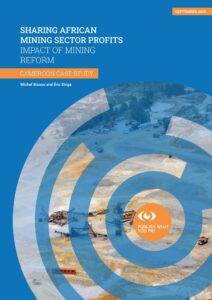 In Cameroon, which acceded to the EITI in 2007, the PWYP coalition operates in a very different landscape. The country has shown its desire to improve how its extractive resources are governed, and adopted various mechanisms to do so, including the creation of the National Anti-Corruption Commission (CONAC) and by implementing the mining sector capacity building project (PRECASEM).

Yet the country has not always performed well in enhancing the lives of the communities living near extractive sites. To rectify this, Cameroon’s civil society organisations and, in particular, members of the PWYP coalition, which was founded in 2005, have worked tirelessly to improve the social, financial and environmental conditions of communities living near extractive sites. They have worked on the institutional and legal frameworks governing the extractive sector, monitoring the extent to which Cameroon implements the international initiatives it has joined, as well as providing information, training and raising awareness among stakeholders on extractive industry governance.

In Zimbabwe, where the PWYP coalition was created in 2011, the need to ground advocacy campaigns in local realities is clear, with a changing political landscape altering the government’s policy for delivering benefits to mining communities. 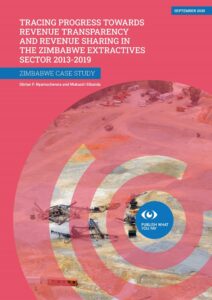 The current framework for transparency in the mining sector in Zimbabwe falls short of the minimal requirements established by globally accepted standards, like EITI’s. Yet transparency and accountability are as critical as ever. The country’s immense potential mineral wealth has become more vital to Zimbabwe’s economy since the decline of agriculture, following the land reform programme in 2000, and, more recently the spread of Covid-19. How the sector is managed will be central in whether Zimbabwe can recover from its dire current economic plight.

The resilient and increasingly nimble campaign by PWYP Zimbabwe, is a cause for optimism, however, and the sustained public discourse on EITI and a renewed interest in joining the global initiative are among its notable achievements.

An ever-changing policy environment meant that the campaign for communities in proximity to mining operations to receive financial benefits, recorded both progress and regression.

Determined to implement the “Zimbabwe is Open for Business” approach since November 2017, the new government reversed the Indigenisation and Economic Empowerment (IEE) framework which made foreign investment in the mining sector in Zimbabwe comparatively unattractive. This reversal has also left the mining communities with no legal avenue for revenue sharing between themselves, the government and the mining companies as this reversal rendered contributions to Community Share Ownership Trusts (CSOTs) – which are intended to use funds from resource-extraction to bring social development to local communities in  mining areas – non-binding and optional, causing them to become ineffectual. The outcome is that CSOTs no longer have a legal foundation and the government is now calling for a new empowerment framework for mining communities.

More positively, PWYP Zimbabwe did engage Zimbabwe’s Parliament to play a critical oversight role to unravel malpractice in the establishment and implementation of CSOTs.

All of these case studies document the positive change that the commitment and dedication of our members are creating in their countries, and why ensuring that communities who frequently pay a heavy price when mining operations move into their areas, should see their lives enhanced – rather worsened – by them.