Many crises, one movement

Peoples’ needs must be at the heart of the global energy transition. Our global movement can help achieve this, writes PWYP’s new Executive Director, Edwin Ikhuoria.

My role as Executive Director of PWYP begins as COP 27 in Egypt ends. There, once again, governments fell short of taking adequate action to meet the greatest challenge of our age: the fight for a liveable planet.

While governments agreed on a new global Loss and Damage Fund to assist poor nations hit hardest by the climate crisis – a testament to the power of grassroot movements’ advocacy –  they failed to address one of the root causes of this damage, by heeding civil society calls for an equitable phase out of fossil fuels.

I am instilled by a sense of purpose and urgency. The energy transition must be done in a just and fair way, taking into account people’s needs. Those people need justice. And this is this same feeling that has guided me for the last 20 years in my struggle to change another injustice: the disparity between those with immense resources and staggering levels of poverty in countries where these resources are produced.

It has also been PWYP’s raison d’être since it was founded in 2002. However, poverty in resource producing countries remains and is exacerbated by the climate crisis. If it is fair and just, the energy transition could be a springboard for the people living in those countries. If not, it will only undermine their already precarious position. This is why we need to make sure that those people who know better than anyone what is good for them, are heard.

For the last two decades, PWYP has worked tirelessly to ensure that the communities that live where natural resources are extracted benefit from them. Along the way, our network has achieved significant policy successes, including playing a key role in strengthening the transparency and accountability of natural resource governance in countries around the world.

As the realities of the climate crisis grow more stark by the day, following these principles is more crucial than ever if we are to successfully navigate our way out of it, and move from fossil fuels towards a low carbon future and a liveable planet.

Past mistakes must not be repeated. Among the most glaring is the failure to put people first.

If we do not heed the voices of the communities who live where the transition minerals needed to drive the world towards a clean energy future – such as cobalt, lithium, nickel and copper – are mined and utilised, the climate change mitigation and adaptation strategies agreed at COP27 and before, will be derailed. This is in addition, of course, to continuing to raise the voices of those living in countries that extract oil and gas and who will be directly impacted by the shift to cleaner, safer energies. PWYP can play a pivotal role in amplifying the voices of these communities.

We are able to mobilise a global movement, with thousands of organisations from across the world moving in the same direction, asking for the same things – fairness, transparency and accountability – while making a coordinated effort to put the people where resources come from, at the centre of the transition.

For this transition to be just, those currently most affected by climate change and who did the least to create it, must not pay for it.

Instead, the so-called developed countries, who have benefited the most from exploiting fossil fuels and bear the historical responsibility for massive CO2 emissions while currently consuming energy at unprecedented levels, must contribute their fair share. They have to act first and fastest. The multilateral financing institutions, created to bridge financing gaps, must also act with urgency to enable the transition across the board.

Governments, policymakers, the private sector, and companies must also be held accountable for the commitments they’ve made.

That is what we must do: work as a movement to bring together the voices of communities across the world that will no longer be ignored to ensure that countries reduce harm and harness the benefits of the boom in demand for transition minerals. We will push for the governance of these minerals to be more responsive to the communities that live in extractive areas, ensuring respect for Free, Prior and Informed Consent (FPIC) and equity in allocating benefits.

We must also ensure that the phaseout of fossil fuels doesn’t further entrench inequality by transferring the cost and risk of the energy transition through stranded assets and liabilities.

Without real accountability, in 50 years time the next generation will be holding COP77 on a planet which is uninhabitable for huge swathes of the global population.

But, as bad as the current outlook is and as real as the threats posed by climate change are, there is also hope.

The actions required to combat climate change and transition to more sustainable energy systems,  economies, and lifestyles will create a trove of untapped opportunities, particularly in current  resource dependent countries. For example, emerging economies could leap to renewable energy and enhance energy access for their citizens.

These are perilous times, but the path out of them is laden with new opportunities, especially for the world’s poor and unemployed, as well as for resource dependent countries more generally, who have the chance to become the next frontiers of development, investment, and sustainable growth.

We need powerful global movements to overcome the challenges our deeply interconnected world faces. PWYP is just such a movement.

We are led by citizens from across the world, including young people who are full of energy. Our diversity and grassroots connections with people working and living on the frontlines of extractive operations are unique.

Our successes in creating a global platform for accountability show what we can achieve, while we constantly push for the civic space to express ourselves freely rather than being punished for doing so.

We know what we must do as a global coalition. We relish the tasks ahead and invite you to join us. 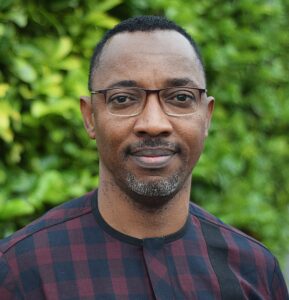 Edwin Ikhuoria joined PWYP as the Executive Director in November 2022. He is a campaigner from Nigeria with over 20 years of experience leading advocacy efforts to transform governance in Africa to end poverty and save lives. For the last eight years, he has spearheaded ONE’s work on transparency and accountability, most recently as Executive Director for Africa. He has extensive experience collaborating with hundreds of civil society organisations to achieve change. Prior to working with ONE, Edwin held positions with projects funded by global financial institutions across West Africa.