Launched in 2011, PWYP Australia brings together a wide range of organisations, including human rights, aid, faith-based, anti-corruption, union and environmental groups. The coalition works with civil society, government and industry to fully implement the EITI, following the Australian government’s commitment to the initiative in 2016. Several members represented civil society in the country’s pilot’s EITI multi-stakeholder group, helping improve accountability Australia’s extractive industries and strengthen the EITI as the global standard for transparency in the sector.

Following Canada’s adoption of mandatory disclosure laws, Australia is the last major developed country yet to commit to such regulations. The coalition is working with the Australian government for laws obliging companies listed or based in Australia to publish what they pay to governments in countries where they operate.

Through the PWYP Data Extractors programme, the Australian coalition published Abundant Resources, Absent Data in September 2017. The report demonstrates the importance of open data to transparency in the extractives sector, building evidence-based policy and ensuring citizens and governments worldwide are benefitting from their natural resources.

A transparent mining and oil industry is one step closer: Publish What You Pay Australia welcomes ALP commitment on mandatory disclosure

Empowering communities to use data for accountability in mining

Financing the Military in Myanmar: Analysis of Gas Revenues 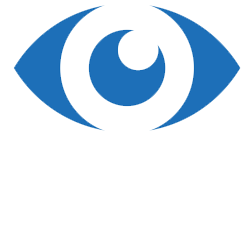 The country is the world’s largest producer of bauxite and second largest gold producer.

More than 1,000 extractive companies are listed on the Australian Securities Exchange, representing 5 per cent of global market value.