Reflecting on the latest EITI global conference: to build trust, the EITI must keep evolving

The 2019 EITI Global Conference took place last week in Paris under the slogan: “Open Data, Build Trust”. As always, it was a pleasure and an inspiration to come together with hundreds of fellow participants from across the PWYP coalition. On behalf of all the individuals and organisations who power our movement, we called on the EITI to stay ambitious: for greater transparency, for the meaningful engagement of civil society in extractive governance, for transformational  commitments to gender equality, and a clear-eyed response to the climate crisis.

It was a collegial and productive meeting. I came away sensing that the EITI leadership knows it must consolidate its considerable achievements, while recognising the need – and the opportunity – to evolve.

A meaningful shift from transparency to accountability 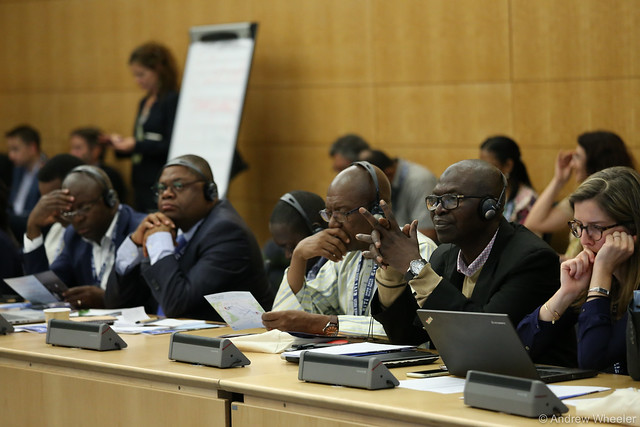 The EITI must adapt if it wants to keep pace with new global challenges. And beyond this simple necessity lies a precious opportunity to boost its impact on the ground. This opportunity is ours, too. The PWYP coalition, and civil society as a whole, can help shape the change we seek. We should feel energised by some of the ways the EITI is embarking on this process already. And more importantly: we must keep pushing together.

The most encouraging trend I found at the conference was a shift from transparency to accountability. Here are two examples.

Contract transparency – Several government representatives expressed support for, or committed to implementing the requirement on contract transparency. The government of Tanzania, for example, pledged to set up an online portal to publish contracts. On the company side, Total and Rio Tinto are also moving forward; it was particularly encouraging to see Rio Tinto publish an initial list of some of their biggest licences and contracts on their website in the run-up to the conference.  At its core, contract disclosure is about enabling public access to the rights and obligations that are in the public interest. This is accountability in practice.

Gender – As I wrote a few months ago, gender remains an unconscionable blind spot in much of the EITI’s work and governance, particularly at the national level and in multi-stakeholder groups (MSGs). While progress is slow, gender is being taken more and more seriously. There were a number of concrete commitments made at the conference, notably from the French, Armenian and Canadian governments and, on the corporate side, from BHP Billiton and Rio Tinto to ensure the extractive sector is accountable to women living in resource-rich countries.

Beyond these positives, the conference was also a wake-up call. There is a long way to go for the EITI’s vision to reach those communities who need it most.

And a long way to go

For a start, there are credible allegations against some EITI supporting companies that they have engaged in corrupt practices involving hundreds of millions of dollars, often in EITI implementing countries such as Nigeria or Senegal.

Explosive revelations of oil-related graft in Senegal broke just days before the meeting. While the EITI cannot be blamed for these scandals themselves, it must have a better answer to all the communities in resource-rich countries who want to know how the EITI fits into the solution.

In short: it must give communities hope, and give them ways to participate. With a dynamic new Chair, Helen Clark, as well as a new  Board, there is an opportunity to launch into a more ambitious partnership with civil society.

Building on this latest Global Conference, some clear priorities for the coming months include:

Climate change – While it came up time and again as a buzzword throughout the conference, there is no concrete action from the EITI so far. It is important that the EITI contributes to shedding light on the climate-related financial risks faced by the fossil fuel industry and fossil fuel-rich countries, to support a just and fair transition to a low carbon economy. The surge in demand for metals needed for the energy transition (copper, lithium, cobalt, etc.) will also carry governance, fiscal, financial, environmental, health and other risks, which the EITI could help mitigate through increased transparency.

Gender – As I wrote previously, the “transparency revolution” which the EITI stands for in the extractive sector has made little if no difference to the lives of women in affected communities. The EITI must do more to ensure that women’s unique experiences and specific needs are integrated into its reports and related disclosure mechanisms. Gender-disaggregated data needs to become an integral part of the DNA of initiatives such as the EITI or OGP. 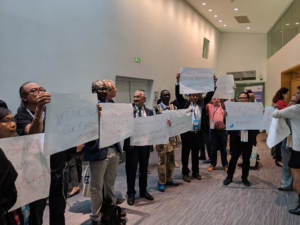 Keeping activists safe – The recent, appalling harassment suffered by Alfredo Okenve Ndoho in Equatorial Guinea, as well as the recent death threats received by Jean-Claude Katende (a former EITI Board member) in the Democratic Republic of Congo, are yet more examples of where tripartite dialogue between civil society, government and companies is under serious threat. The EITI must be more vocal in protecting its brave civil society colleagues. Failing that, the entire participative model is under threat.

Contracts – While this conference’s contract transparency announcements were welcome, and a result of a multi-stakeholder collaboration within the EITI, we need to see such initiatives become the norm for companies. They should also be extended to sub-national contracts and state owned enterprises. 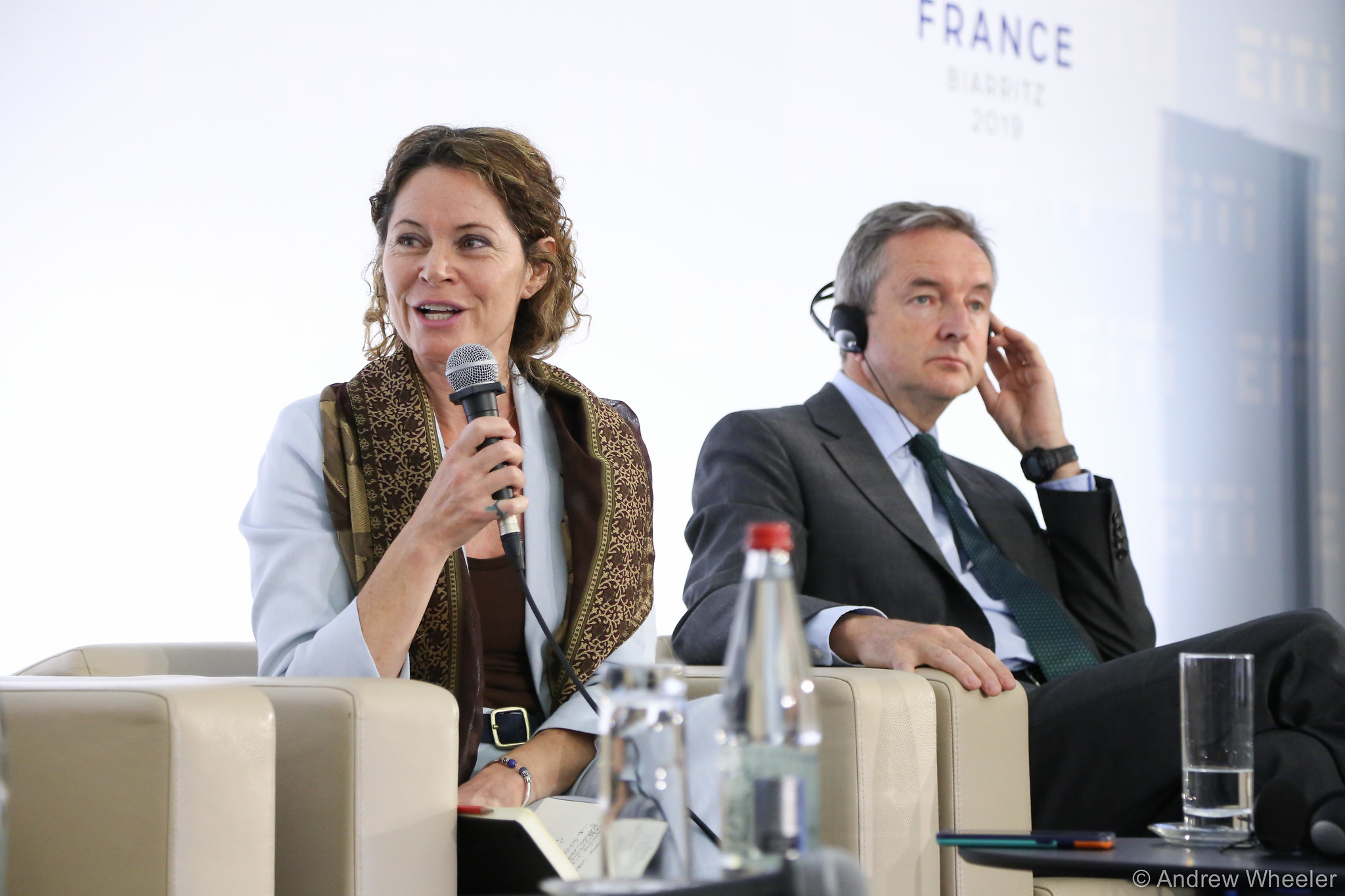 The sobering bottom line is that 1.5 billion people today are still living under the poverty line, many of them in countries endowed with oil, gas, minerals and other extractive resources. While governments and companies continue to deal in the excessive secrecy of a trillion-dollar industry, people are simply not benefiting – whether in schooling, health, or a sustainable livelihood.

In the end, the question is whether (and how) the EITI contributes to improving people’s lives today. There is no clear evidence yet from implementing countries. What there is, however, is a groundswell of demand for more transparency, more accountability, and more change.

Read the next article
Democratic Republic of Congo: Jean Claude Katende, leader of the fight for human rights and transparency, facing death threats