Democratic Republic of Congo: harassment of Jean Claude Katende, a leader in the fight for human rights and transparency 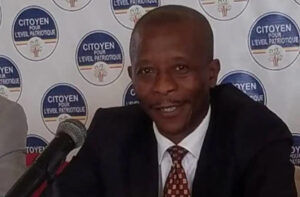 Publish What You Pay (PWYP)’s Africa Steering Committee (ASC) calls on the Democratic Republic of Congo’s (DRC) authorities to do everything possible to end the harassment of Jean-Claude Katende. The accession of the current President and his government gave rise to new hope of democractic progress and freedom of expression, but the country seems to have since fallen back into its old practices.

According to information received, on 24 July 2020, Alexis Thambwe Mwamba, a lawyer and the President of the Senate of the DRC, seized the President of the Bar of Kinshasa / Gombe in order to obtain authorisation to take legal action against Jean Claude Katende. To support his complaint, Thambwe Mwamba referred to messages posted on social media networks by Katende as “attacks against [his] person, presenting [him] to the public as a criminal who benefits from impunity and who must appear before justice”. Thambwe Mwamba, with the view that, as a lawyer, Katende should “have shown courtesy, tact and deference” towards his colleagues, formally requested that the president assesses Katende’s behaviour against the rules that govern the legal profession, and that he gives Thambwe Mwamba permission to initiate legal proceedings against Katende.

As a Congolese citizen, and given the fundamental rights guaranteed by the Constitution of the Democratic Republic of Congo, in particular the right to freedom of expression, Jean Claude Katende did in fact, through social media posts between 13 and 22 July 2020, call for Alexis Thambwe Mwamba, a Congolese citizen, to be brought to justice for various acts that he is accused of1. PWYP underscores that Jean Claude Katende’s call is an act of citizenry that is part of a democratic debate, social accountability and the defense of fundamental rights in the Democratic Republic of Congo.

To your highest attention with cc to:

1Alexis Thambwe Mwamba is being prosecuted by Senator Bijoux Goya Kitenge for defamation and damaging
charges against him in connection with comments he made during the plenary session of the Senate on 30
April, 2020. Thambwe Mwamba and his wife are also being sued by Sylvie Sifa for acts of violence committed
following allegations of an adulterous relationship. These two actions are supported by ASADHO.

Read the next article
Towards sustainable economies in oil dependent countries