Of my three years attending the Extractive Industries Transparency Initiative (EITI) Board meeting, this latest gathering in Ukraine was by far the most ambitious, collegial and productive. 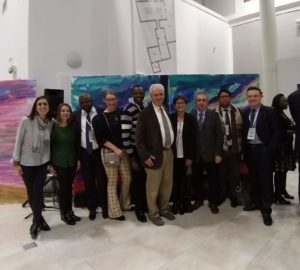 Colleagues from civil society, government and extractive businesses all worked together late into the night. Their shared commitment to the values of the EITI, and to a stronger EITI standard, was plain to see.

The global transparency agenda needs to keep up with the times. I am pleased to say that the Board took some major, bold steps in that direction by updating the Standard. This outcome is a credit to that collaborative spirit, and to everyone involved. And yet again, it shows that years of work by civil society at the grassroots pays off. Every community concern, every voice that powers the Publish What You Pay (PWYP) movement has the potential to shape global policy and to make trillion-dollar industries more transparent.

For years, PWYP members have been calling for the EITI standard to include several critical transparency measures, including disclosure of oil and gas contracts and mining licenses. The updated standard requires governments to publish any contracts signed (or amended) after January 2021. This builds on the EITI’s encouragement to disclose all contracts and licenses, regardless of when signed, and on existing practice. 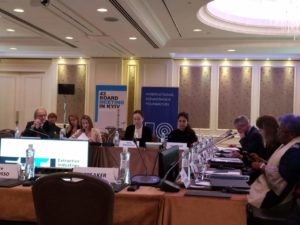 In another win, environmental reporting will also start to feature in the standard. This was another major and long-standing call from the PWYP movement; until then the environment was largely invisible in its requirements – a staggering blind spot in the battle for extractive accountability. 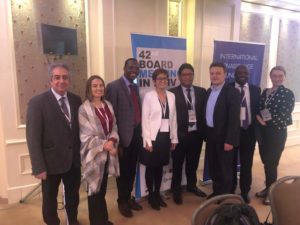 These revisions to the EITI standard are huge achievements. They have the potential to vastly improve global transparency and curb corruption in the extractive sector.

Of course, the EITI standard doesn’t just implement itself. With new requirements come the challenge of implementing deeper, more detailed, and better-quality reporting. EITI implementing countries may struggle here for a variety of reasons, be it a deficit in political will, competing extractive transparency priorities, or simply lack of funding and capacity. When the EITI Board committed to greater ambition last week, they were honouring the demands of the global transparency community. Now the community – NGOs, donors, investors, multilateral and regional bodies – must take up the mantle, to help ensure implementing countries have the means and support to implement the standard, and all its new requirements. Of course, PWYP stands ready to offer its own support and to foster capacity building, peer-learning and exchange of best practices.

Last month I wrote about the need for the EITI to acknowledge and redress its blind spots on gender. There were only timid steps taken in that direction. Some are encouraging, such as a new requirement for the disclosure of gender-disaggregated employment data, and an encouragement for EITI multi-stakeholder group to consider gender balance in their representation and to apply gender considerations in impact monitoring at national level.

But, even with these steps, we are still very far from a fair, inclusive and gender-sensitive EITI standard. We are equally, painfully far from seeing women take part in EITI decisions, at all levels and as a matter of course. We must and will keep pushing in the lead up to the Paris conference in June 2019.

In other vital areas – particularly on climate change – there was no progress. The EITI’s potentially transformative role here includes climate-related financial risk disclosure and fiscal disclosures in support of a low carbon transition. For instance, requiring disclosure of fiscal incentives (tax breaks, subsidies, etc.) for the fossil fuel sector would go a long way to increase transparency and data availability on whether fiscal arrangements are supportive of official commitments to a low carbon economy. Considering how long it took for the environment to feature in the standard until last week’s breakthrough, it was worrying to see the energy transition being side-lined in much the same way.

In the corridors of the meeting, I heard a repeated concern that by updating and expanding its standard, the EITI was at risk of losing focus; that the core and founding goal of curbing corruption by promoting transparency was getting lost in the broader range of disclosures. As a consequence, some also felt that the EITI would be spreading itself too thin and risk falling short of ever-higher expectations. 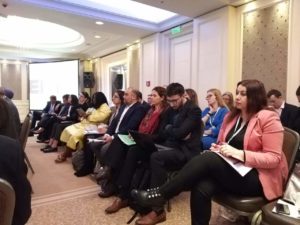 I disagree. A more holistic standard is a better standard. The material concerns raised by citizens and communities must always come first, and changes to the standard – on gender equality, on the environment, on the energy transition – must do them justice.

It is also a reflection of the challenge posed by corruption. When light shines on one stretch of the sector, some corrupt practices may vanish – but others will simply shift elsewhere in the chain. By design, the EITI requires a system that is flexible, dynamic and innovative – in other words, a system as responsive to change as corruption can be.

The global EITI conference in Paris in June is our next chance to push this agenda forward. In a country that sees itself as the birthplace of both human rights and of the defining global agreement on climate change, we have an important opportunity to take the wider view.

It will be a timely meeting to welcome a new EITI Chair, Helen Clark, whose own experiences of leading the UN Development Programme shows the importance of holistic solutions to better lives.

PWYP’s vision is of a transparency agenda that can also offer answers to the challenges of delivering the Sustainable Development Goals (SDGs), of protecting embattled human rights and civic space, of standing up for women, and averting catastrophic climate change.

It’s important to recall that our shared mission belongs to this wider agenda, steeped in the extraordinary power of the extractive industries to shape this world we share. Side by side, we keep pushing.